February 22, 1937 – September 14, 2022
In Loving Memory ~
It is with immense sadness we announce the passing of Bob on September 14, 2022, in Campbell River, BC with his family at his side.
Bob leaves behind his loving wife of almost 62 years, Lynda Belter (née Ball), daughters Wendy Belter and Sandra Simmons, sons-in-law Frank Zander and James Simmons, four grandchildren, Layne and Olivia Zander and Lyndon and Carson Simmons, a grandson-in-law, Sébastien Jolicoeur, a great-granddaughter, Béatrice Jolicoeur, and his loving younger sister, Connie Hussey (Paul). In addition, his many nieces, nephews, cousins and friends will miss Bob greatly.
Bob was born on February 22, 1937, in Edmonton, AB to Robert and Elsie Belter, where he grew up as an active boy, playing hockey on the creek in Ellerslie, and later, softball and basketball. Bob met the love of his life, Lynda, at Salisbury High School when they were just shy of 19 and 16 years old. Their first date was on February 3, 1956, when Bob invited Lynda to go for coffee after a basketball game, in which he was a star player.
Bob and Lynda married in November 1960. Their first daughter, Wendy, was born in 1963 and Sandra was born in 1972. He was so proud of his girls and their families and loved them fiercely. Camping was a regular and treasured family activity, and Bob and Lynda continued to enjoy it, exploring much of Canada, until 2019. Bob, a prairie boy, loved living near the ocean and treasured fishing with his buddies, with his last outing in the summer of 2022. An athlete at heart, Bob enjoyed playing hockey, softball and slow pitch, broomball and basketball in his younger years and curling in his later years.
Bob joined the RCMP in 1957 at the age of 20 and served 35 years, retiring in 1993 at the age of 55. As a rookie, he “guarded the tulips” on Parliament Hill in Ottawa before being transferred to the Maillardville detachment (Coquitlam). He spent the rest of his career and life in BC. His postings as he climbed the ranks took him and his family to Dawson Creek, Sparwood, Lake Cowichan, Vernon, Lumby, Prince Rupert, and finally Campbell River, where he was Operations NCO. Bob always spoke fondly of the many lifelong friends he made at the RCMP “depot” training centre in Regina and loved to share many memories and stories created throughout his career. After he retired, Bob and Lynda joined the Central Vancouver Island RCMP Veteran’s Association (with Bob serving on the executive) and enjoyed continuing camaraderie at many events over the years.
Bob was a 30-year survivor of prostate cancer. Soon after his treatment, circa 1993, along with several other men, Bob founded the Prostate Cancer Support and Awareness Group in Campbell River and was an active member and treasurer until his death.
Bob was a kind, loving and generous man with a great sense of humour. He was as sharp as a tack, right up until his end. Bob enjoyed watching hockey and baseball – “Go Blue Jays!” We will miss his stories, his infectious and mischievous energy, the nicknames he so lovingly gave us, and so much more. Thank you to all who enriched Bob’s life: you were so very important to him. “C’MON SUN!”
Please join our family for Bob’s Celebration of Life on Saturday, October 29, 2022, from 1:00 – 4:00PM at the Maritime Heritage Centre, 621 Island Hwy, Campbell River.
The family requests that those who wish to express sympathy consider making a donation to the Campbell River Prostate Cancer Support Group, 332 Crawford, Campbell River, BC V9H 1J9, or the First Open Heart Society of BC, P.O. Box 175, Campbell River, BC V9W 5A7, in Robert (Bob) Belter’s name. 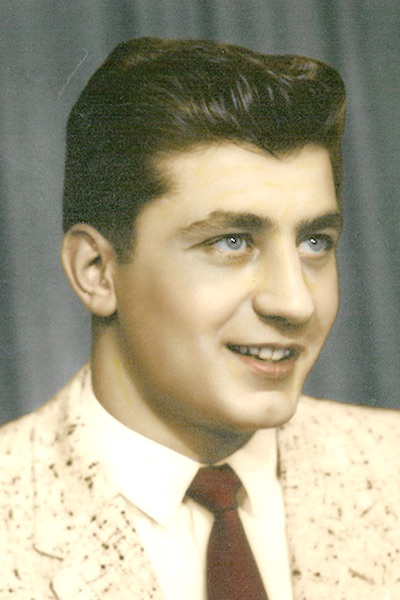