July 9, 1935 – September 16, 2022
In loving memory ~
It is with sadness that the family of Joan Brundage announce her death at Trillium Hospice in Parksville BC after a long illness.
She was predeceased by her parents Bernice (Bellman) and Charles Mills of North Vancouver. Her sister, Judith Ann Spencer, her son Charles Ian Brundage, and her husband Charles Barrie Dean Brundage, These losses left Joan with great sadness that never left her.
She is survived by her nephew Peter Mills Spencer, and his two daughters, Sara and Katie, and by her niece Laura Spencer. She is also survived by several cousins and members of Barrie’s family, with whom she had fond memories. While Barrie and Joan moved to Qualicum Beach for their retirement, Joan’s heart was always in North Vancouver and she considered it her “forever home”. She was especially fond of her extensive garden and greenhouse where she tended to multitudinous flowers, a trait she inherited from her father.
While Joan held many office positions during her working career, she was most proud of her time serving as the Administrator of the RRAP (Residential Rehabilitation Assistance Program) for the City of North Vancouver.
Joan taught herself to be an excellent painter, doing many landscapes in the primitive style and producing very many hand painted household items such as chests, stools and pots, which she sold or gave away. She also taught painting.
During her time in Qualicum she spent many hours in the COPS (Citizens On Patrol) program with the RCMP, doing stakeouts and other duties. She and Barrie also spent hours on the firearms ranges, where she became an excellent shot.
On Mat 24th,2018, Joan married Robert Bowes Jackson, of Winnipeg, Manitoba. Bob moved to Qualicum Beach and they spent many very happy times together.
At Joan’s request there will be no service. She asks that you take a moment to reflect on past times and may God bless you all. 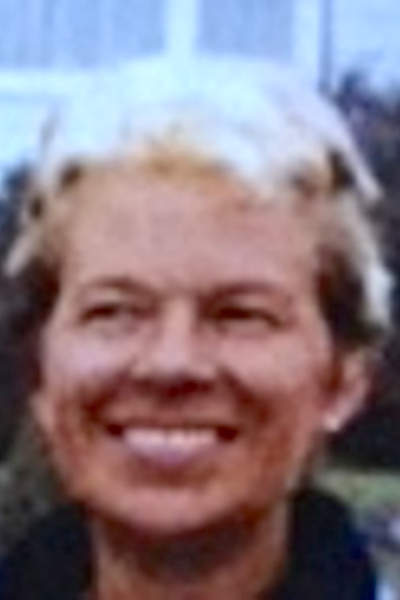