February 20, 1963 – November 11, 2022
In loving memory ~
On the afternoon of Friday, November 11th, 2022 Russ Arnott passed away peacefully surrounded by loved ones following a
courageous battle with Cancer. Russ always put everyone else first, he was a selfless, caring father, a loving husband, a cherished
grandfather and had a passion for serving his Community.
Russ was born in Brandon, Manitoba on February 20, 1963, he lived in Winnipeg for 25 years and attended Red River College which led him to a rewarding 25 year career as a Radio Operator with the Canadian Coast Guard. Shortly after finishing College, Russ and
his young family relocated to Prince Rupert, BC for nine years before eventually settling in the Comox Valley, BC.
Enjoying civic life as much as he did, in 2008 he was elected into Comox Town Council which eventually led to him becoming the Mayor of the town that he loved in 2018. Russ had many passions, with his greatest being time spent on his sail boat, either sailing on the open ocean or tinkering down on the dock in the Comox marina. Russ was very social, he enjoyed meeting new people, striking up conversations and spending many Friday evenings enjoying his time with close friends and family at the Black Fin Pub.
He was a pillar of the Community, always lending a hand to those in need, volunteering his time to worthy causes while always being there for his family and friends. His greatest quality that must not be forgotten was his ability to articulate a funny joke or pun in hand all the while, laughing before he could finish the punch line.
Russ is survived by his wife Yolonda, five children; Jessica (Ken), Ben (Alicia), Hope, Drew (Trevor) and Paige (Delano) and seven
grandchildren; Jacob, Jacqueline, Declan, Cayden, Kai, Asher and Oday. Russ is also survived by his mother Helen and three
siblings; Shannon, Bill and Cheryl (Kim). Russ was predeceased by his father Bill and first wife Barbara Arnott.
We would like to acknowledge the incredible support from all the staff at the Cancer clinic as well as Dr. Lisoway and all the staff at Highland Family Practice, you were all there comforting Russ in this journey and he appreciated it greatly.
In lieu of flowers, donations can be made to any local charity in the memory of Russ Arnott.
A Celebration of Russ’s wonderful Life will be held in Comox BC, Sunday, February 19th, 2023 at the Comox Rec Center.
“Until we meet again” 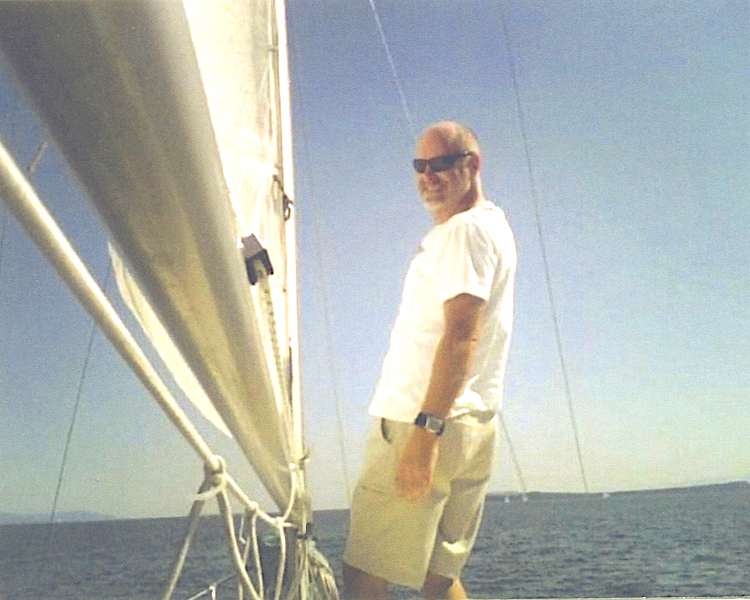