With broken hearts we announce the passing of Dan after a short battle with cancer. Predeceased by his father Samuel Telosky, Dan was a beloved husband, father, son, papa, brother, uncle and cousin.
Born to Sam and Doreen Telosky on Jan 10, 1949 in Campbell River, he grew up along the shore of Discovery Passage learning to fish in the family’s aluminum boat with his brother Steve.
As a young man Dan had many fishing and dune buggy adventures with wonderful friends that filled his days. In later years Dan teased his mom about the gang of youngsters from Painter Barclay leaving home for the whole day with matches, hatchets and BB guns on adventures that were not revealed to parents for many years. In 1971 Dan met Wendy on the sand bar at Hudson’s Farm. Dan in his dune buggy and Wendy on her horse. The work, fun and adventures have never stopped.
Dan and his brother Steve were keen fisherman and his first job was dock boy at Dolphins Resort then Painters Lodge where he began guiding. Later he was a guide when Stan Skuse owned the Dolphins, then Dan and Steve started Telosky Guiding Services.
Dan worked for Elk River Timber in several different jobs, running a Triple 7 Skagit loader, driving logging truck, and boom man on the ERT booms. With mature prospective he often said the boom was the best job he ever had.
Dan started Orange Point Construction in 1988 and built homes in Campbell River, Port McNeill and Red Deer. It was while building in Red Deer that Dan began to paint in earnest and only stopped after painting 396 originals when he became too sick and weak. He is an Associate Signature member of the Canadian Federation of Canadian Artists and exhibited in many juried shows at the FCA gallery on Granville Island.
In 2002 Dan became the manager at Campbell River Boatland Ltd until his retirement in 2020. It was a new challenge for him that he welcomed and loved working with such a great group of people in an industry that he loved.
Another milestone in Dan and Wendy’s life was in 2004 when they purchased the 42 ft trawler Ocean Symphony. Until the spring of 2022 they traveled most of the coast of BC from Stewart in the north, Haida Gwaii in the west and Gardener Canal and Ocean Falls in the east. Photographing the coast provided the source material for the paintings he created in the winter.
Dan was extremely proud of Heather and Jill for the lives they have built as smart, funny and compassionate young women.
Dan will be loved and missed forever by his surviving family, his beloved wife Wendy (ne Sanderson) of 47 years, cherished daughters Heather and Jill, much loved mother Doreen and mother-in-law Betty, adored grandsons Dawson and Decker, brother Steve (Nicky), cousin Joan McKay (Jack) and all his nieces and nephews. He will also be missed by his many dear friends, his boating gang and poker buddies.
The family wishes to express their gratitude and thanks to Dr S Lebeuf and the staff at Evergreen Seniors Centre for their excellent care and compassion over the short period that he was in their care.
A Celebration of Life to honor Dan will be held Friday, Sept 23rd at 1:30 PM the Maritime Heritage Museum. Please join us to share memories, stories, and refreshments. 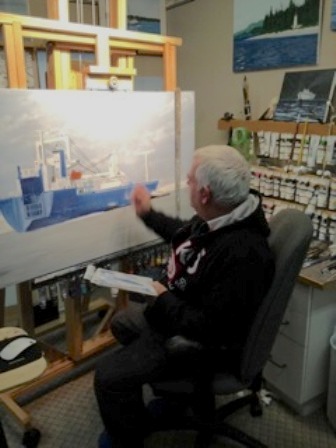 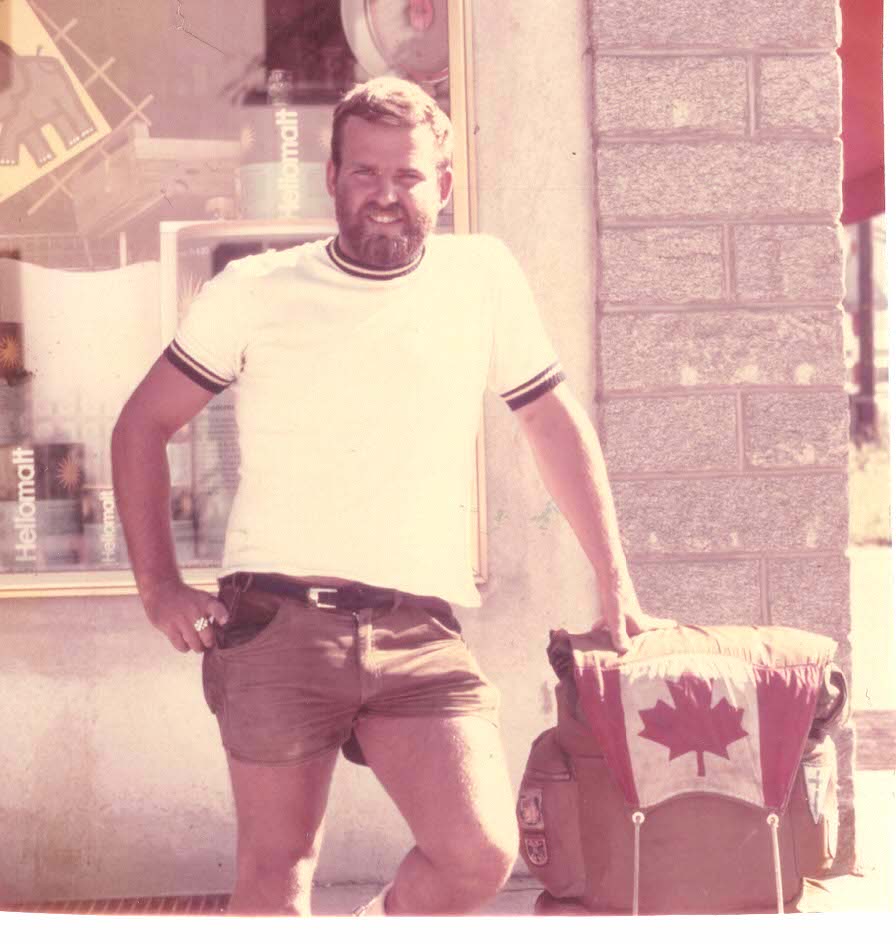