July 28, 1931 – December 5, 2022
In loving memory ~
Barry passed away at Peace Arch Hospital, White Rock, on December 5th, 2022, with his family at his side. He was predeceased by his wife Esther (nee Steffler) who passed away in October of 2010. He is survived by sons Brian (Beth) of Surrey, B.C., and Rod (Janice) and grandsons Daniel (Paige) and Jonathan of Richmond, B.C. Barry is also survived by two siblings; Peggy (predeceased by Larry Watts) of Winnipeg, Manitoba, and Carol (predeceased by Keith Lawless) of Brandon, Manitoba, as well as many nephews and nieces.
Barry was predeceased by his parents Noble and Beryl (nee Duncan) McGill of Virden, Manitoba; and daughter-in-law Carol (nee Nordin) of Tsawwassen, B.C. (Brian’s first wife). Barry was born in Virden, Manitoba on July 28th, 1931, and was the oldest of three siblings. The McGill family lived on a farm near Ebor, Manitoba situated some 40 km from Virden, where Barry spent his early years on the farm assisting his parents until he completed the 11th Grade locally in Ebor. Barry then attended Brandon College for his Grade 12 year, graduating in June of 1949, and soon thereafter was accepted into the RCMP, serving from 1949 to 1953. In 1953 Barry met the love of his life, Esther Steffler, in Edmonton, Alberta and they were married on September 18th, 1953.
In the later part of 1953, while married and living in Edmonton, Barry joined the General Motors Acceptance Corporation which turned out to be his lifelong career, from 1953 to 1989 (36 years). His job required many transfers to cities in Western Canada, including Edmonton, where their first son Brian was born in December 1954, Red Deer, Lethbridge, where Rod was born in February 1959, Vancouver where the family resided in Tsawwassen from 1966 to 1977, Regina, and back to Edmonton. Barry and Esther were devoted parents and spent much time with the boys at home, getting them involved in church, and sports, and working hard in school. Barry supported the local baseball through bookkeeping roles, and he loved golfing with neighbourhood friends, also golfing and curling with Esther. Barry retired in 1989 and he and Esther moved to Qualicum Beach, B.C.
Over the years both Barry and Esther belonged to the Beach Grove Golf Club, the Regina Golf Club, the Glendale Golf Club, Eaglecrest Golf Club, and Arrowsmith Golf Club, and curled in the Qualicum Senior Mixed League. Barry also purchased a small Double-Eagle boat and spent time with Esther and other friends fishing the local waters around Qualicum. Barry and Esther looked forward to the many winters spent in the sunny south. They were also both regular attendees of St. Stephens United Church in Qualicum Beach, B.C. for many years.
After Esther passed away in 2010, Barry moved to the Gardens Retirement Residence in Qualicum Beach and continued to attend St. Stephens United Church regularly until health issues prevented him from doing so. He attended the Alpha Course and other Bible studies while attending St. Stephens. The family would like to thank Reverend Phil Spencer for his guidance and advice during that time and the Nurse-Next-Door staff that assisted him while at the Gardens. In the fall of 2020, Barry moved to Westminster House retirement home in South Surrey to be closer to his immediate family.
The family would like to thank the staff at Westminster House for their love and devotion while looking after Barry during some challenging times in his life. Dad, your patience, devotion, and love for family and friends will be sorely missed by all — we will miss your sound words of advice and your dedication towards everything that you did.
There will be a public memorial service for Barry at Peace Portal Alliance Church in South Surrey on March 2nd, 2023, at 11 A.M. There will also be a private family service and burial. It is requested that in lieu of flowers, donations would be made to the Alzheimer Society of Canada, in Barry’s memory: https://alzheimer.ca/.
The family would also like to thank the staff at Victory Memorial Park & Funeral Centre in South Surrey for performing the cremation and assisting with other funeral arrangements.
To leave condolences for the family please visit www.victorymemorialpark.com 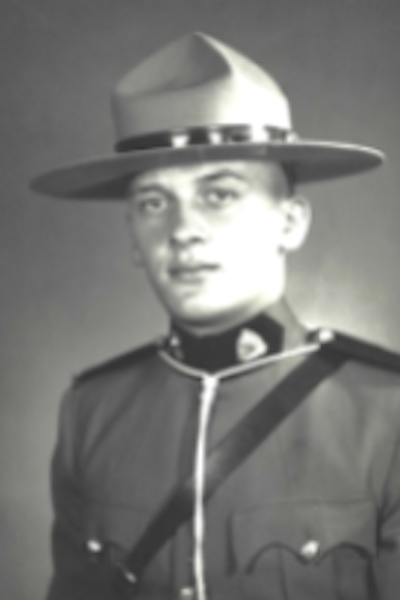